When Paid Ads Go Stale: What To Do and How To Update 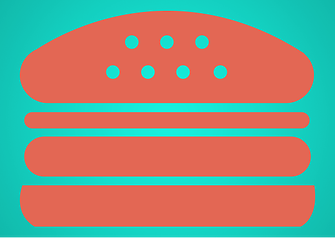 It’s highly probable that most of you have conducted paid advertising campaigns before and most of you probably have several running at this very moment. For those people, and even those who have never done paid advertising, it’s no surprise that every single advertisement goes “stale” after some time. No matter how good, or bad, your advertisements, with time every ad reaches that stale point. People simply get tired of seeing the same advertisement. That’s not impractical or even unreasonable.

For example, when I’m watching television it only takes me about 4 times seeing the same advertisement during commercial breaks for me to already be tired of that advertisement. Even though there is a difference in the time it takes for an advertisement to go stale between television, online, print, and etc., the concept remains the same. The great thing about advertising is that we can sell the same product through two totally different ads. Using our strategic marketing skills, we can create ads with the same end goal but use different messaging, imagery, and placement. Who you are targeting, what message you are trying to send, what imagery you’re using, and where the ads are placed are the pillars of how to update your paid ads.

This is an issue but it’s probably not the case most of the time. It’s possible that you ads are very good but after a short amount of time, your performance metrics have already began to drop. The case could be that you have targeted the wrong people for your advertisement. You could even have a really superb advertisement. Yet, if I am advertising over Lifetime Movie Network, it may not be wise to cater your messages to men because women are the primary viewers of LMN. A little retargeting can help you change your ad and freshen it up. Who you are targeting is usually the first step in any advertising campaign i.e. who is going to buy this? The answer to that question helps you perform the rest of the following steps below for starting and updating paid ads.

This is the part that needs the most focus. The message you convey has to sell your product. From the birth of your paid campaign, the message is what helps your ad grow. You may have created some truly great messaging for your paid ad but as mentioned earlier, time doesn’t always heal everything. Time actually hurts particular paid advertisements. That’s why we have to update and revamp our ads. Updating the messaging of your ads is critical.

People don’t just get tired of seeing the same ad; they also get tired of seeing the same aspects of ads. Messaging is one of those aspects. You have to tweak your message where you still sell the same product but you sell it in a different way. A good practice would be to monitor the performance of your ads and determine a period where performance begins to drop. Record that time span and begin a process where you periodically tweak your messaging as performance numbers begin to drop.

On a more visual note, the images you use for your advertisements could also use some updating. A picture is worth a thousand words but that doesn’t mean that I don’t get tired of seeing the same image for the same ad. Always keep things fresh and looking new. Images that people see and have seen for quite some time labels your ad as old and out of date in a sense. A simple image change can help revitalize your advertisement because it’s something new, it’s something that hasn’t been seen over and over again. This could be thrown into the process above; when you periodically tweak your messaging, tweak your image as well.

Besides messaging, this could be the root of many stale advertisements. This also pulls back to targeting. Who are you targeting? Who is going to buy this product or this service? You now have that answer but another question arises. Where can I place my ads so those people who would buy this could see my ad?

If you are selling to primarily men, it wouldn’t be wise to advertise over Lifetime Movie Network. Knowing your target audience and where they go gives you strategic advertising placement power. If my entire target audience loves Twitter and all my statistics say that my target audience uses Twitter daily, that’s where I should pay for my advertisement to be. On a B2B note, if I am selling to other businesses, LinkedIn is a great place to engage with paid advertising where Facebook is not. On the B2C flip side, if I am selling to consumers, Facebook is a great place to engage in paid ads where LinkedIn is not. Knowing is only half the battle, now you must execute.

The strength of your marketing skills and how well you develop your paid advertising strategies is the key to keeping those advertisements fresh and alive.