Facebook is back fighting the war against clickbait. Everyone hates clickbait, but we can't stay away.

There's a lot of psychobabble that explains why we click on these manipulative bits, even when we don't want to. But these cheap headlines make a mess of our New Feeds. Worse – they make it harder for quality content from businesses to get noticed in organic and paid listings

That's why Facebook's newest action to punish clickbait-mongers is great news for users and publishers of quality content. Social media best practice means publishing content that entertains and educates. Not to distract and interrupt with false headlines only intended to make money on clicks, not provide value to the reader.

You've seen them. All the "… and you'll never guess what happened next!!" crap.

Take a look at some current clickbait: A couple of years ago, Facebook rolled out its first attack to cut back on clickbait. In that attempt to create a better user experience, it looked at how quickly readers bounced back to their News Feed after clicking on a headline.

The working theory was that if a reader left the article quickly after being pulled in by the headline – the headline didn't live up to its promise. So Facebook started pushing those links farther down the News Feed.

Not a bad place to start, but people were still bouncing off articles quickly. That meant the clickbait was still filling up people's News Feeds and messing up their experience.

To clear out the clickbait, Facebook analyzed tens of thousands of clickbait headlines to see what kind of language they had in common – and that wasn't found in quality headlines. That's how Facebook determined what its two categories of punishable clickbait are: the exaggerated mislead and the absence of important information.

If a headline uses language Facebook's algorithm has identified as commonly being part of either category, that link won't make it to the prime spots in anyone's News Feed. The more a publisher gets dinged for having clickbait articles, the worse all that publisher's content will do in Facebook.

But Facebook is being fair about it. Any publisher that mends its ways can remove its scarlet letter. Stop the clickbait headlines, and your content can start moving back up the News Feed.

Of course, Facebook isn't sharing exactly what phrases and words its clickbait filter is set to catch. That shouldn't matter too much to any publisher that's really focused on giving readers informative, entertaining articles. Write headlines that are enticing and accurate, and your content won't get dinged.

Facebook wants to be users one-stop shop for content online. It wants to be THE platform users trust so both they and publishers keep their attention on Facebook. To do that, publishers need to earn readers' trust by having articles that live up to the promise of their headlines. This is what effective inbound marketing is all about. Attract people with an irresistible promise, deliver on it with your content, building trust all along the way.

With more sophisticated efforts to filter out lousy content, businesses using Facebook to reach an audience will have to cut the clickbait to get noticed. Facebook has already kept advertisers from using cheap tricks to earn revenue. Eliminating cheesy headline practices on the organic side improves the platform for everyone, publishers, advertisers, and consumers. 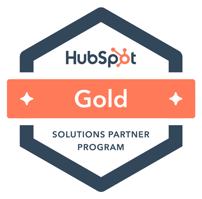